Christopher is the Conservative candidate for Houghton and Sunderland South.

Christopher’s family come from Sunderland. His grandparents ran a well 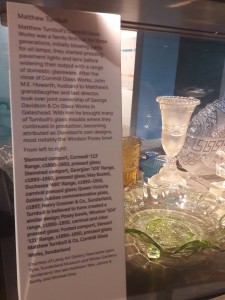 known glass factory in the city – Matthew Turnbull Ltd of Cornhill which his family had founded in the early 19th century.

Christopher graduated with an MA in Medieval History from St Andrew’s University in 1998 and studied law at the College of Law York before working as a lawyer and a tax accountant.

Christopher joined the Territorial Army in York – Y Squadron of the Queen’s Own Yeomanry – and was a member for a decade.

Christopher was a senior researcher in Parliament assisting in the reform of the failing tax credit system and the Conservative Party’s creation of the ECR group in the European Parliament. In this role he also worked with Rt Hon Mark Francois MP and the Rt Hon William Hague MP on their response to the Lisbon Treaty.

After the 2010 election Christopher became the Conservative Party’s Foreign Affairs adviser before joining Open Europe in 2011 as their senior political analyst.

At Open Europe Christopher jointly authored reports on a variety of subjects including on potential alternatives to the UK’s EU membership and the repatriation of crime and policing law. He regularly writes for a number of websites and papers including Conservative Home BrexitCentral TheCritic and City AM.